It’s starting to get long. Employees of the SNCF national rail company and civil servants have been protesting against President Macron’s labour reforms for over a month. Indeed, the French government is planning to put an end to the exceptional benefits enjoyed by rail workers. These include early retirement, extra vacation days and free travel for family members.

Over 90% of SNCF staff have been benefitting from this special status which brings so many advantages. The status guarantees a job for life, an early retirement (under the current system train drivers can retire as early as 52- a decade before the normal pension age) free tickets for family members and 28 days of paid vacation. 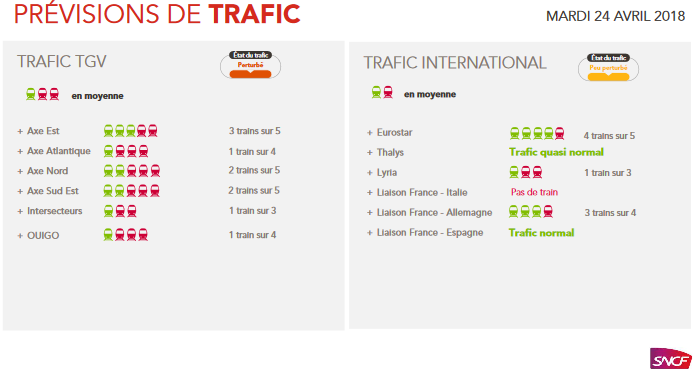 Railway Unions fear that the President’s reforms might not be limited to removing the special status from new recruits. They believe his ultimate objective is to open passenger rail to competition and the restructuring of the rail operator which could lead to moving to a private company. The government has been arguing that the rail operator is drowning in debt (approximately 46 billion euros) and that reforms are necessary.

Strikes have been disrupting the country’s railway services since April, with two days of strikes every five days. The French people haven’t been supportive of these strikes on account of the disruption they cause.

French rail unions recently threatened to extend their strike action into July and August, meaning those planning to travel around France during the summer holiday period could be set for travel misery. I personally am not too affected by these strikes since I live in the city, although my family and I, like many others, had trouble finding trains during the easter holidays.