Nowadays, with the UN protecting the world, the idea of a modern-day genocide might seem incongruous. However, in Burma, a small Muslim minority is actually confronted to such a situation. They are the Rohingya Muslims, and have often been called the most persecuted minority in the world.

They are a population of about 1,1 million people living in Rakhine. Though they have lived in this region since the 8th century, they are not recognized by their government. They have been denied national identification cards, restricting their movements. Some places are strictly forbidden to them, and many of their places of worship have been closed down. Their access to state education and health services. Overall, they are forced to live in near-apartheid conditions in the region they have always lived in. And in addition to this, armed forces regularly drive out to slaughter them. 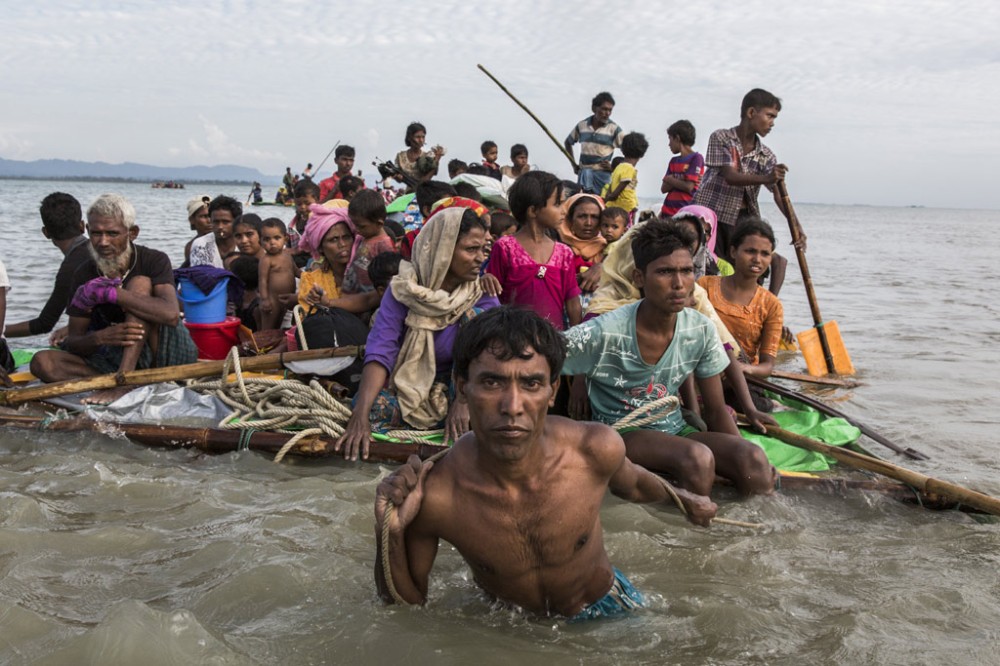 Even though their situation was already extremely precarious, recently it has turned to hell for them, as they are now facing ethnic cleansing perpetuated by Buddhist monks and extreme nationalists. The official reports claim there have “only” been 400 deaths so far, but human rights groups believe the death toll is nearer to 1000. Accounts of the violence make mention of massive shootings and attacks on many villages. The survivors have witnessed acts of terrible violence: children have been beheaded and civilians burned alive or taken out to be shot to death. Their villages have also been destroyed by the military, and the bodies buried in mass graves.

To this day, about 90,000 Rohingyas have been forced to flee their country and find shelter in nearby Bangladesh and live in refugee camps. They live safely, though in precarious conditions. However, even with their testimony, the government refuses to acknowledge what is happening and claims that they are merely defending themselves against a group of terrorists illegally squatting on their lands. Much to the dismay of the international community, peace Nobel prize nominee Aung San Suu Kyi has stuck with the government’s affirmations. Malala Yousazfai has spoken up against this crime against humanity that is relentlessly denied by its perpetrators.